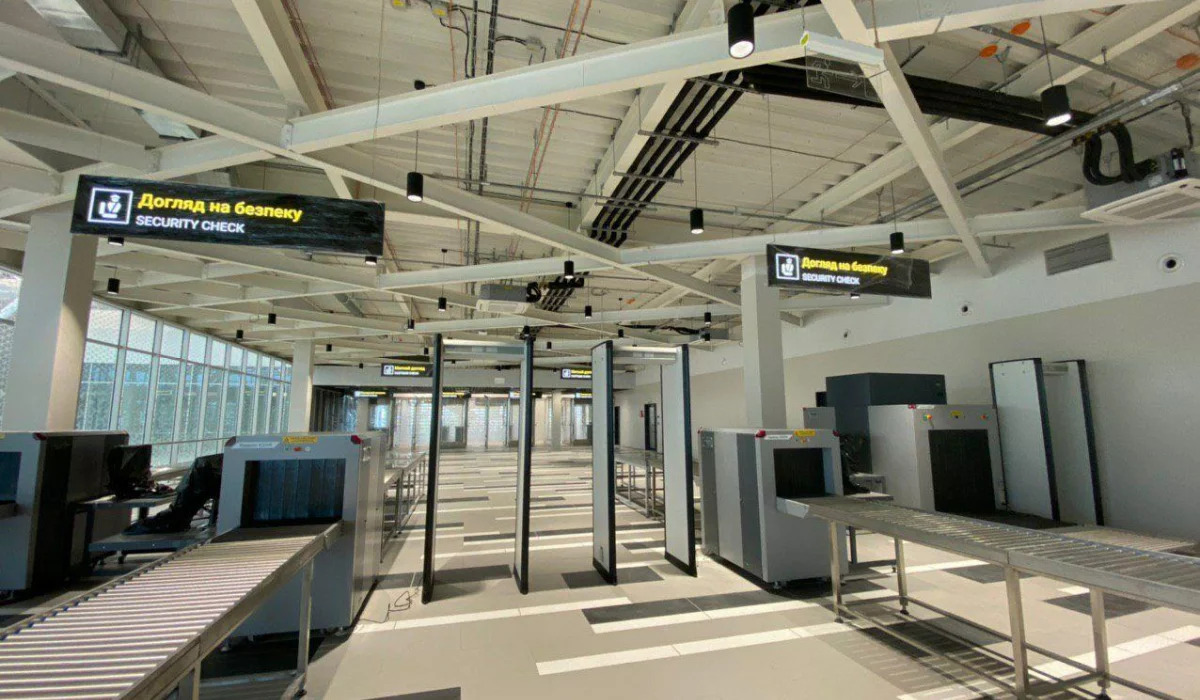 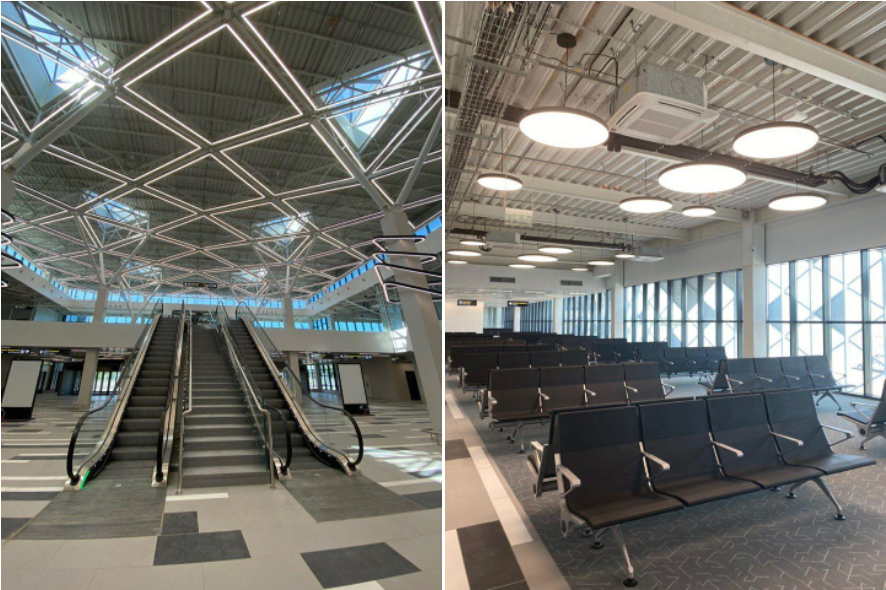 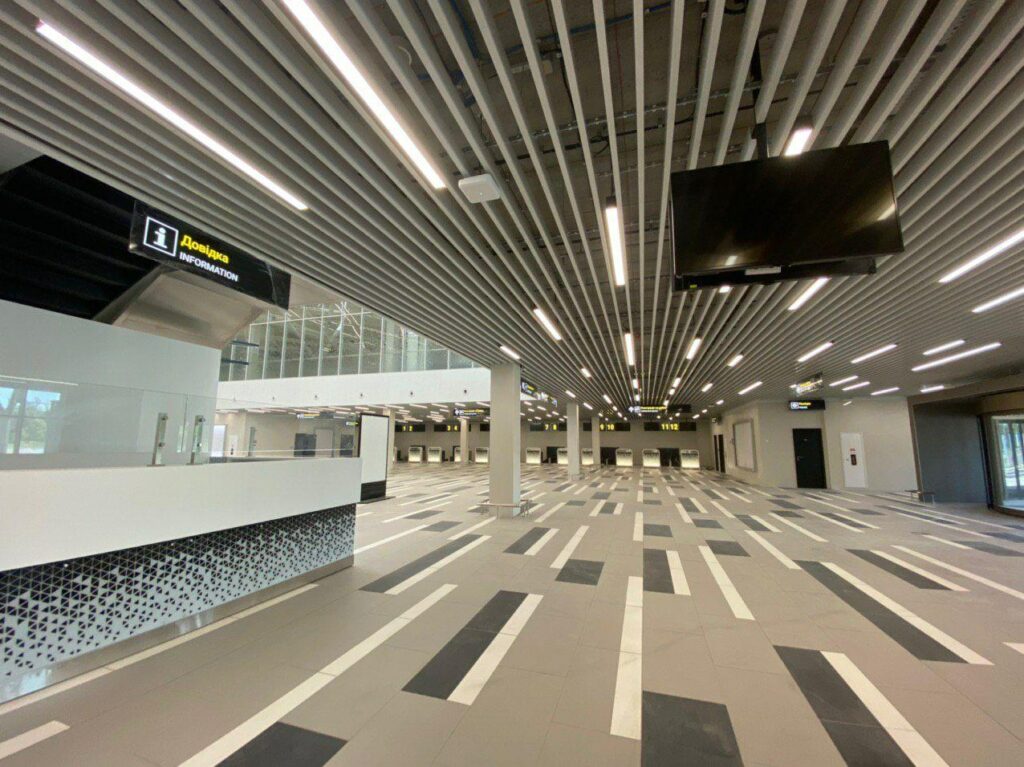 UVT Group is the general designer of Zaporizhia International Airport including interior.

Our company has totally developed interior options including the changes accepted by the customer due to budget changes.

In this project version we used an individually designed light of 600 lux that like a web repeats the design of the ceiling truss. Each space has unique ceilings and light. Most of the materials are produced by Ukrainian manufacturers.

We tried to make the airport as simple as possible, also bright and spacious so that nothing interferes in passenger movement. While developing UVT GROUP considered inclusion requirements – special stickers and stripes were made to show the movement direction. A unique navigation was developed directly for this object.

Customer service, passport control and video advertising desks, areas for cafes and restaurants as well as the decoration of columns and walls were designed by UVT GROUP team.

The new terminal is a bright and pleasant place.