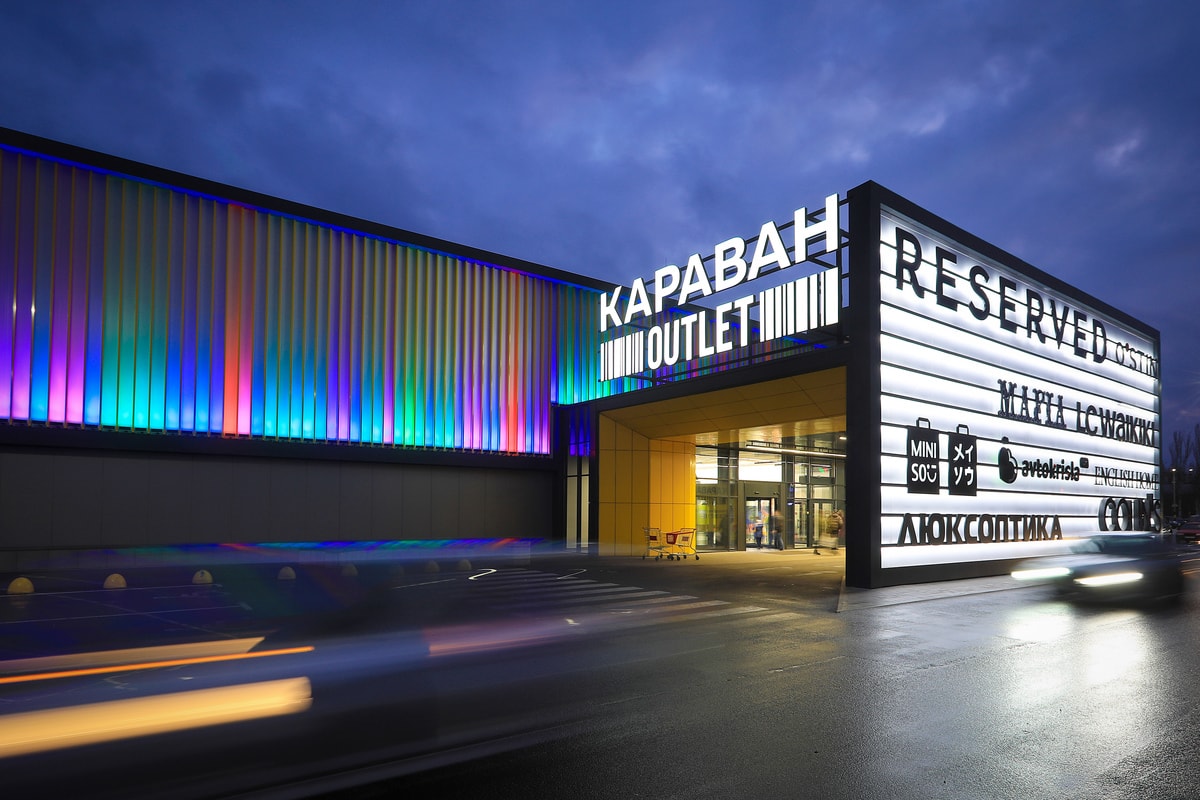 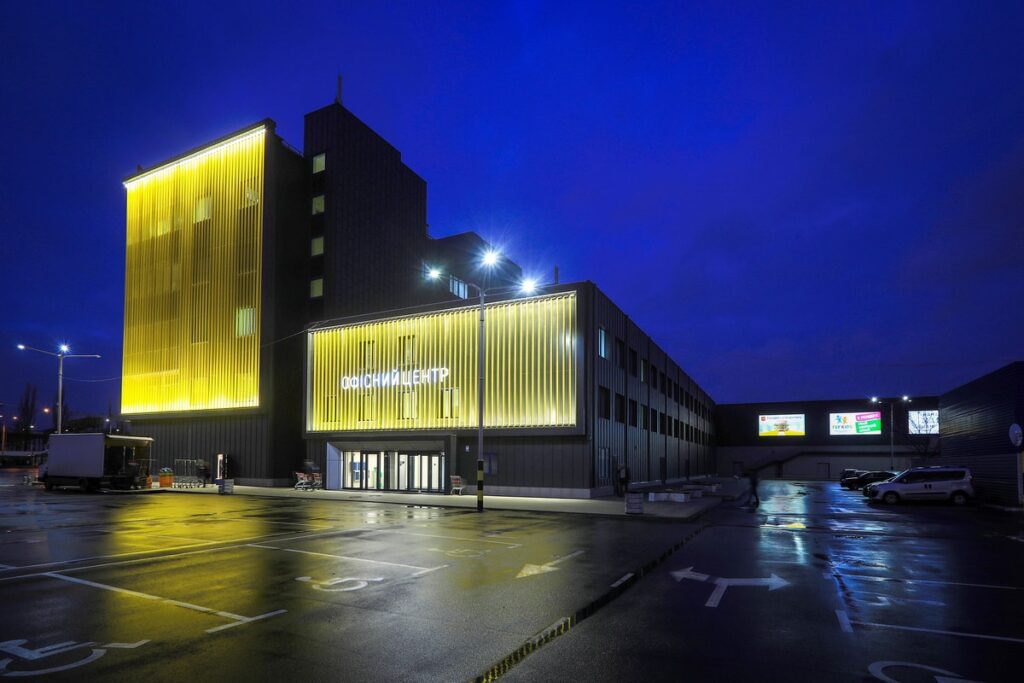 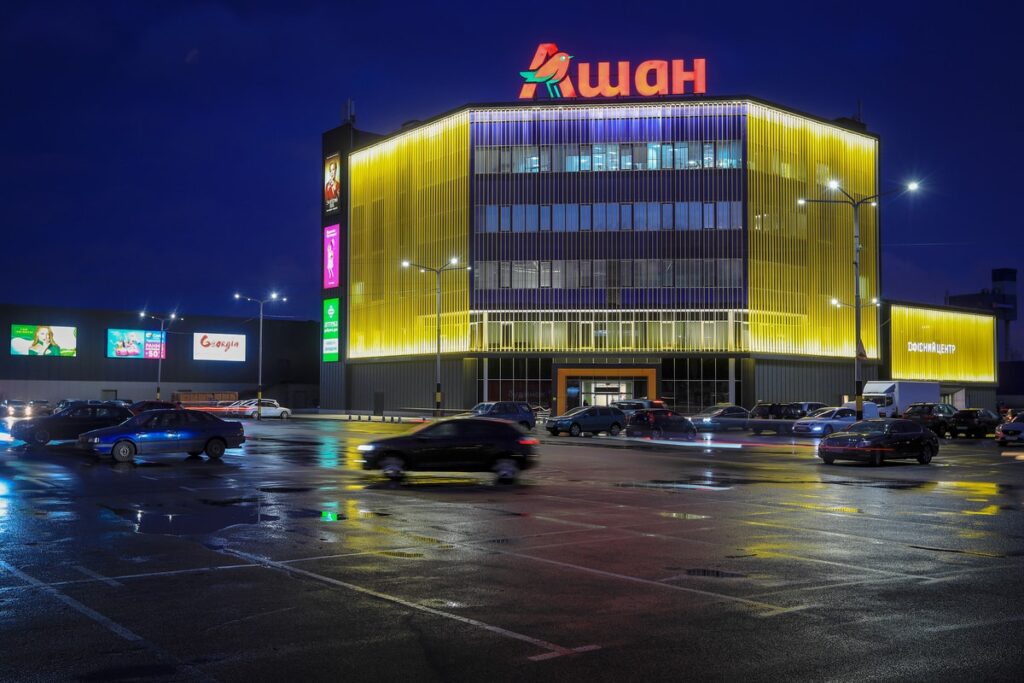 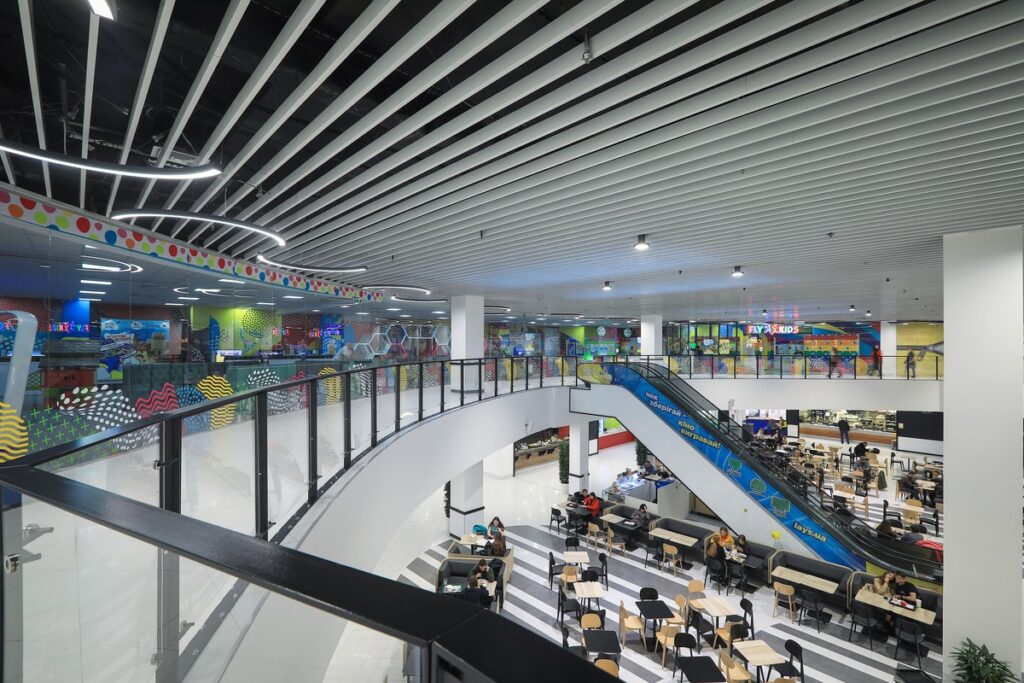 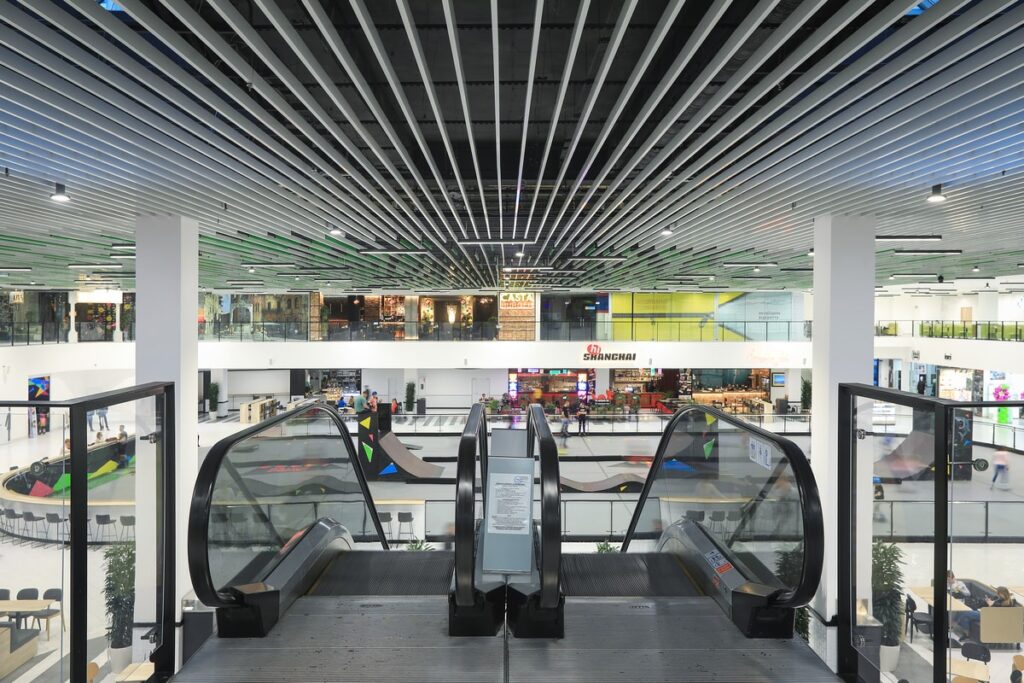 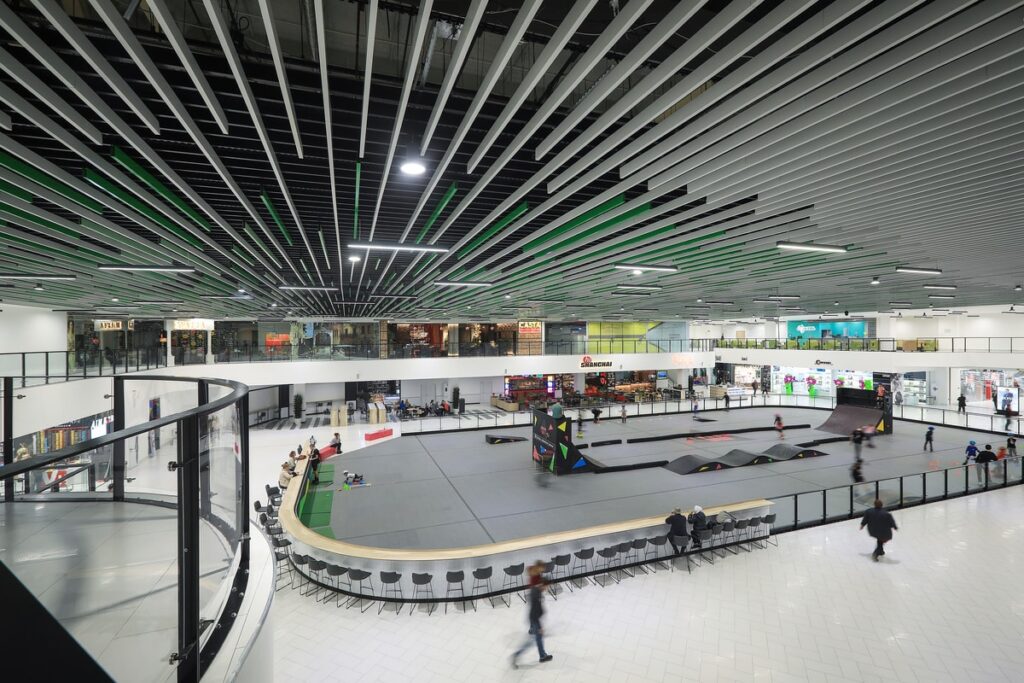 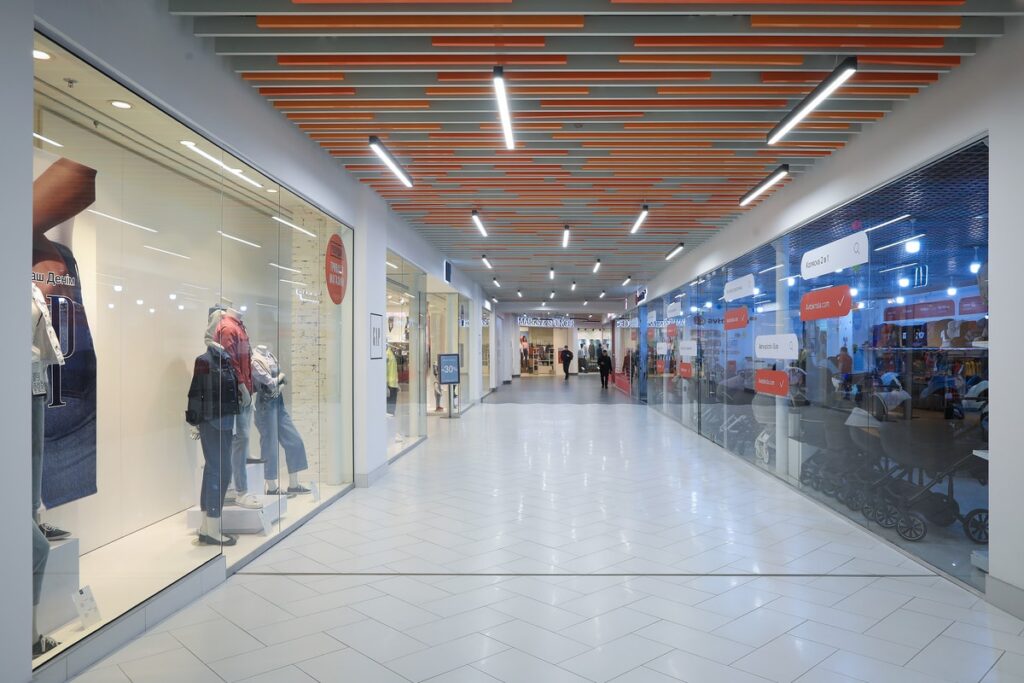 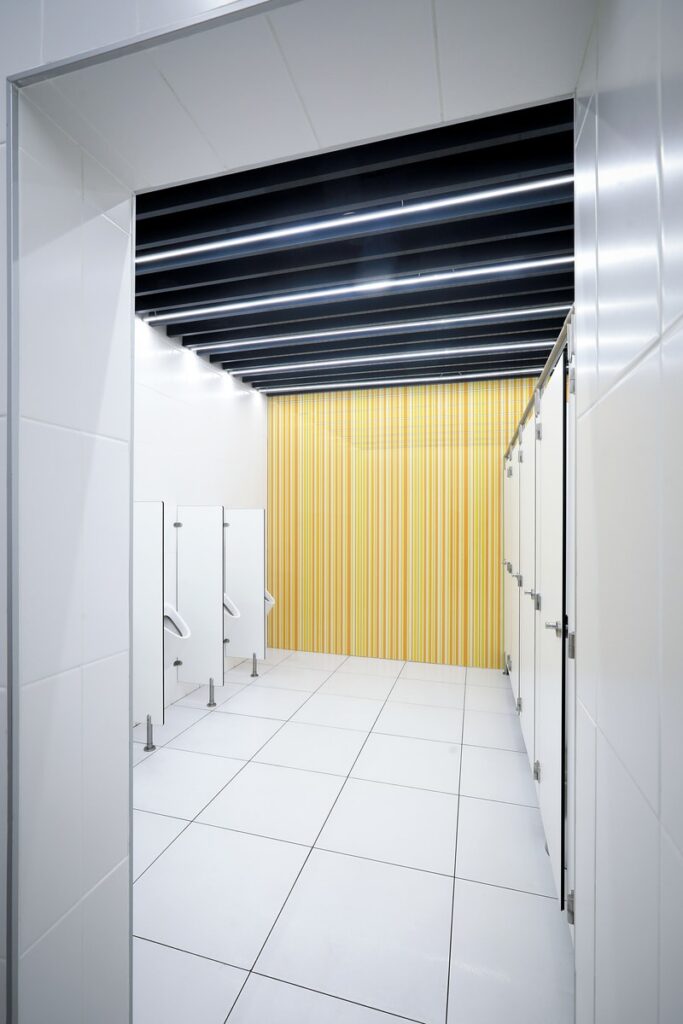 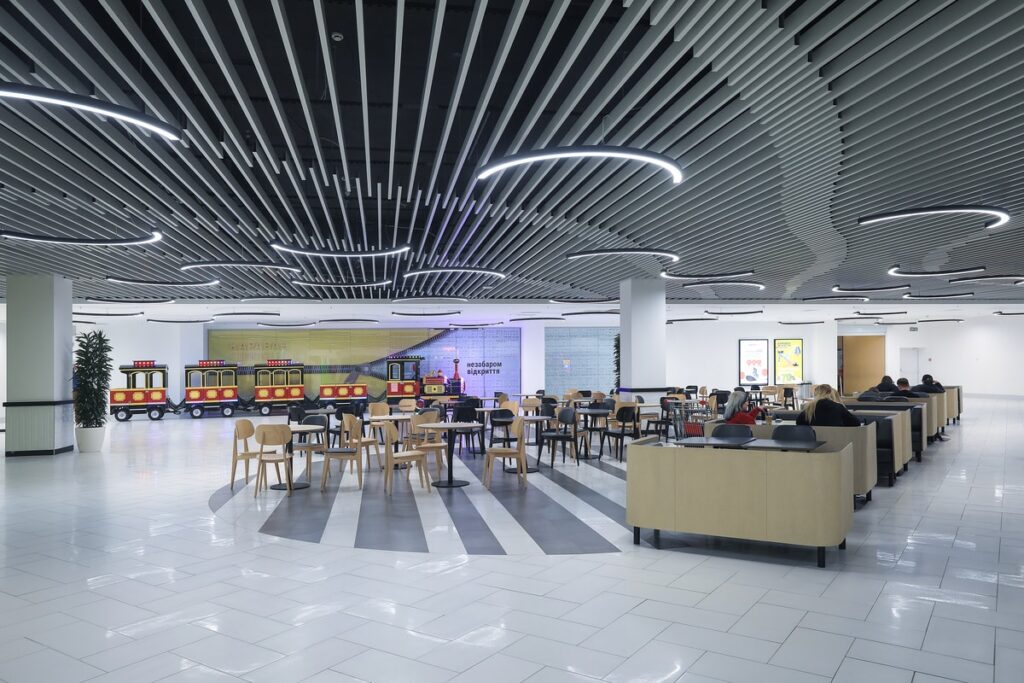 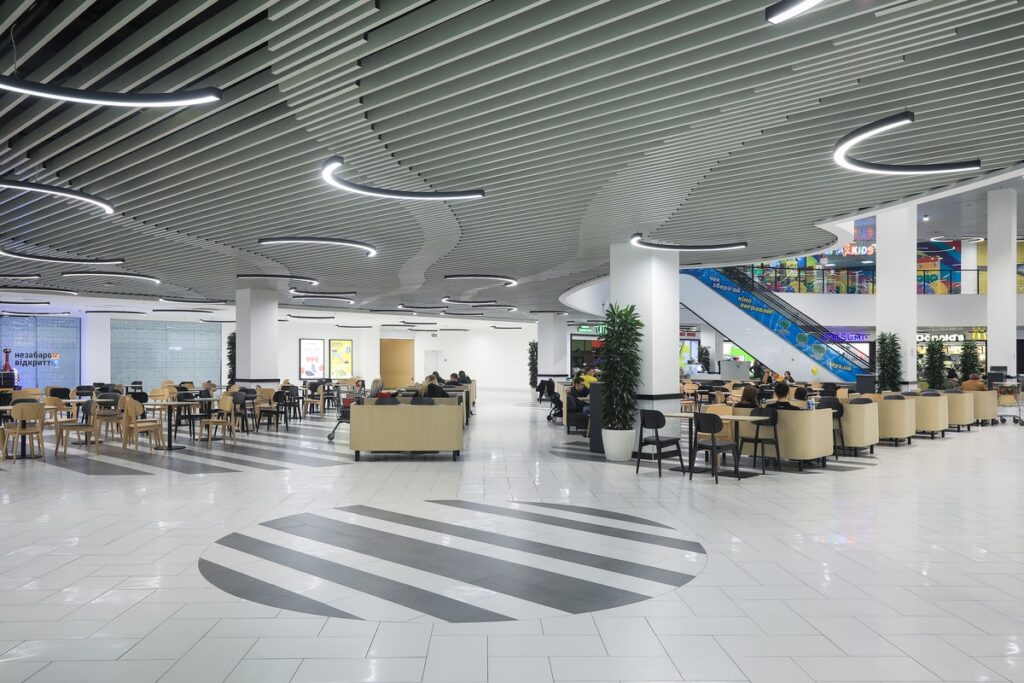 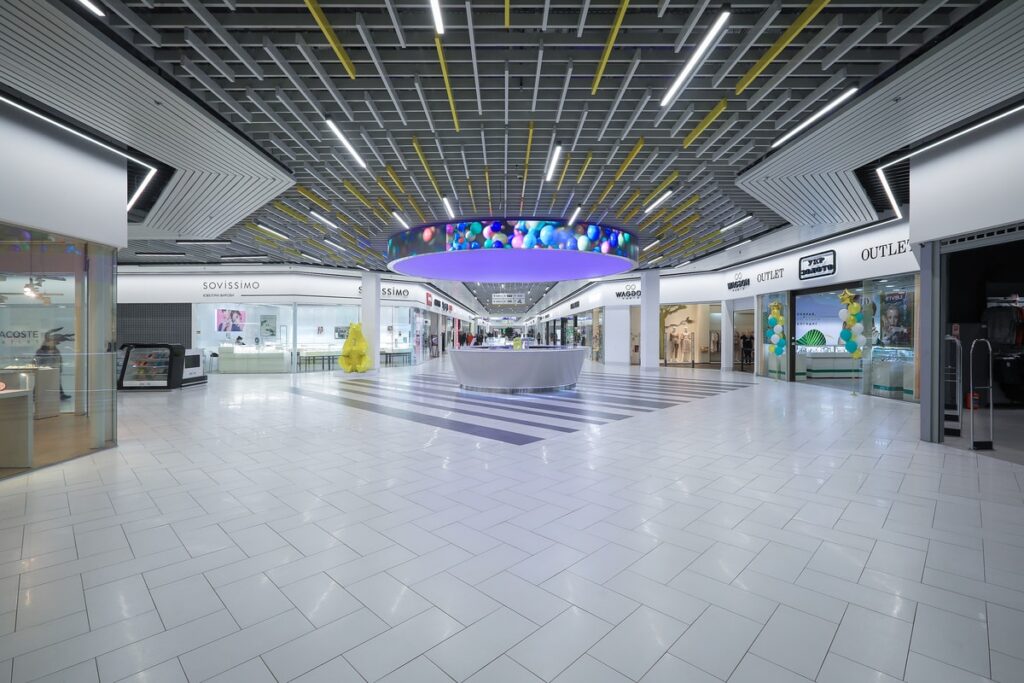 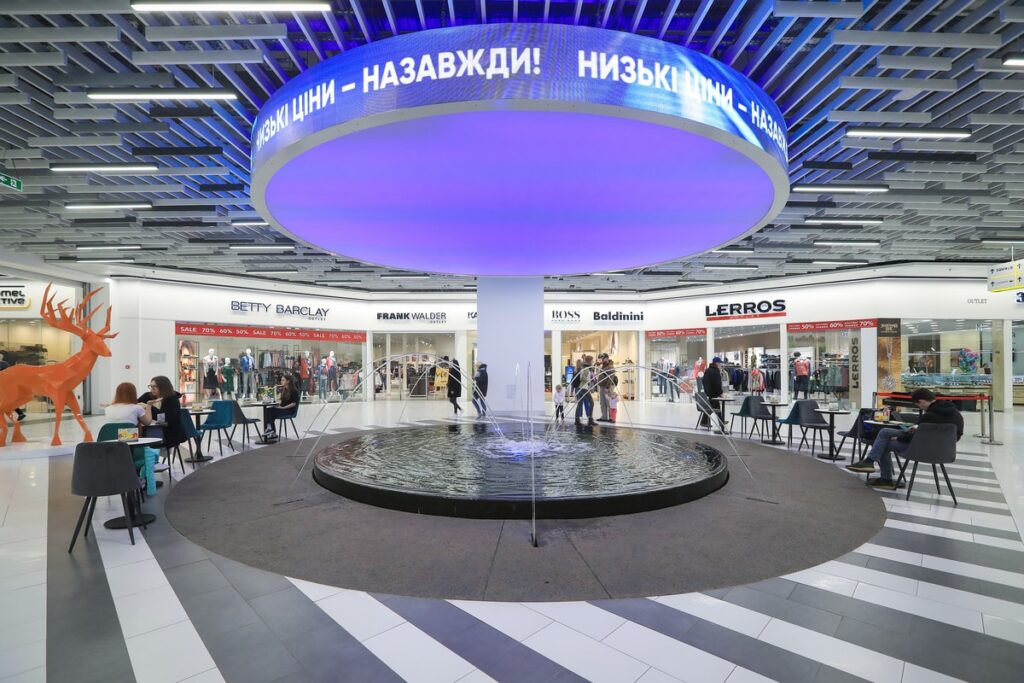 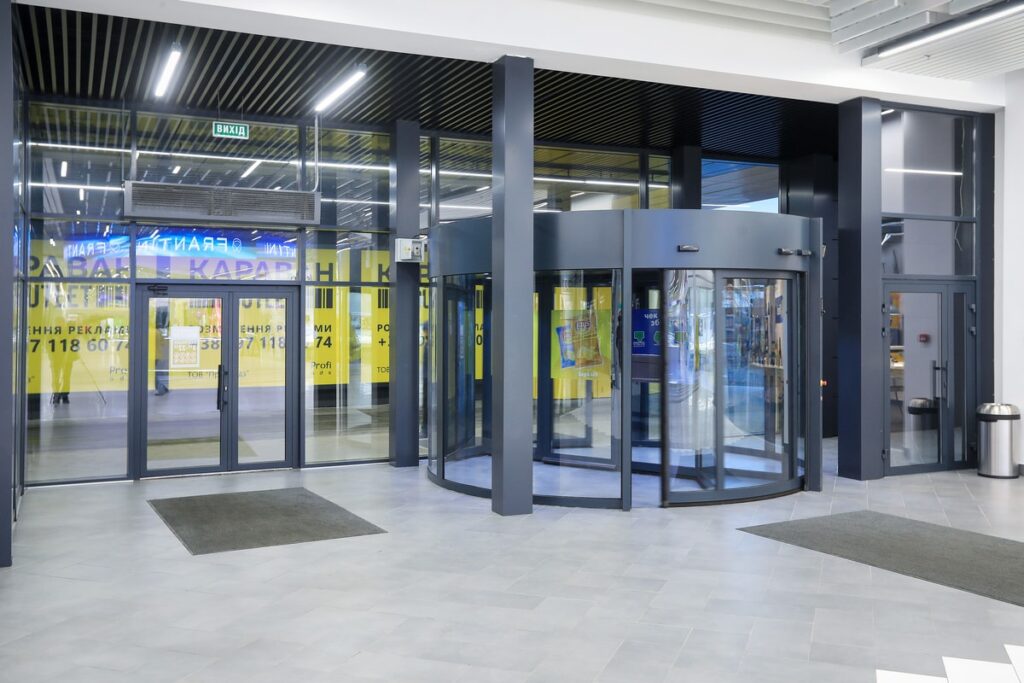 The Caravan Shopping and Entertainment Center on Lugova Street in Kyiv is the first shopping center in Ukraine of such scale as a result of the reconstruction of an old paper mill. The shopping and entertainment complex is approximately 60,000 square meters and includes the Auchan Product Center, galleries and brand boutiques, a large food court, as well as the country’s first shopping mall rink, which is now an ice field converted into a rollercoaster. The mall is family friendly and serves a large number of people from Obolon and the Vynohradar districts.

The idea of the customer, the managing company of DCH, to transform the mall into modern branded clothing OUTLET, that is, to make the complete renovation of the shopping center. For this purpose, the UVT GROUP architectural and engineering company was selected. Within two months of work, the team of specialists developed the concept of a new shopping mall idea, with new bright facades, updated, but rather new galleries, redesigned and expanded food courts, restaurants, modernized rollercoaster. In the shortest possible time the project examination was completed, the permits for the commencement of works were obtained and the working documentation and sufficient volume for the commencement of works were completed. Of course, a major overhaul requires the rapid response of the project team in the course of the work on site. In a limited time it is impossible to consider everything, and many decisions were made directly at the construction site, but the main idea remains unchanged, as well as the planned opening dates.

As a result of the work, the facade system (11000 sq.m) is completely replaced by a custom sandwich panel with bright slats and LED illumination, which will illuminate the facade in the dark. The front part of the five-story office is made of dark folding with illuminated slats. New entrance groups are being designed, two of which will be able to receive and carry visitors to the shopping center directly under the canopy. Taxi calling points will be equipped at these locations. Each input group has its own color to match the color of the galleries. The galleries are bright and refreshed with 650 lux suites, equipped with small-island islets and recreational areas, with phone charging capabilities. New LED fixtures are designed directly for this facility. Dropped ceilings are individually designed as multilevel and used for the first time by this Ukrainian manufacturer. The food court area has been refurbished with new furniture and seating areas. The raised ceiling gives more space, and the updated rollercoaster will have a bar counter at the ends and will place 1000 visitors for concerts.

As a result of the overhaul, the ventilation, air-conditioning, water supply, video surveillance, low-current systems and power supply systems were partially replaced and designed, additional evacuation corridors were created.

At this point, the renovation work is nearing completion. Some galleries have already been opened and the boutiques have been restored and there is a belief that the shopping center will open on time.

The copyright for the project belongs to the chief architect of the project Oleksiy Agafonov and LLC “UVT GROUP”.